Last weekend we had our first bike tour again with a very enthusiastic father and son coming on a trip to Amsterdam. They enjoyed their stay very much and even though there is not so much going on in the city they enjoyed the silence of the inner city of Amsterdam. Driving around in an […]

Why book a bike tour with Amsterdam Travel Cafe?           Bikes, Amsterdammers, sunshine (okay only half the time), 16th century canals, 400-year-old hofjes, 1900s De Stijl, we have everything here, everything. It’s not just a city of weed, mushroom and red light districts. That’s just the appetizer. This is a city of bustling commerce, ground […] 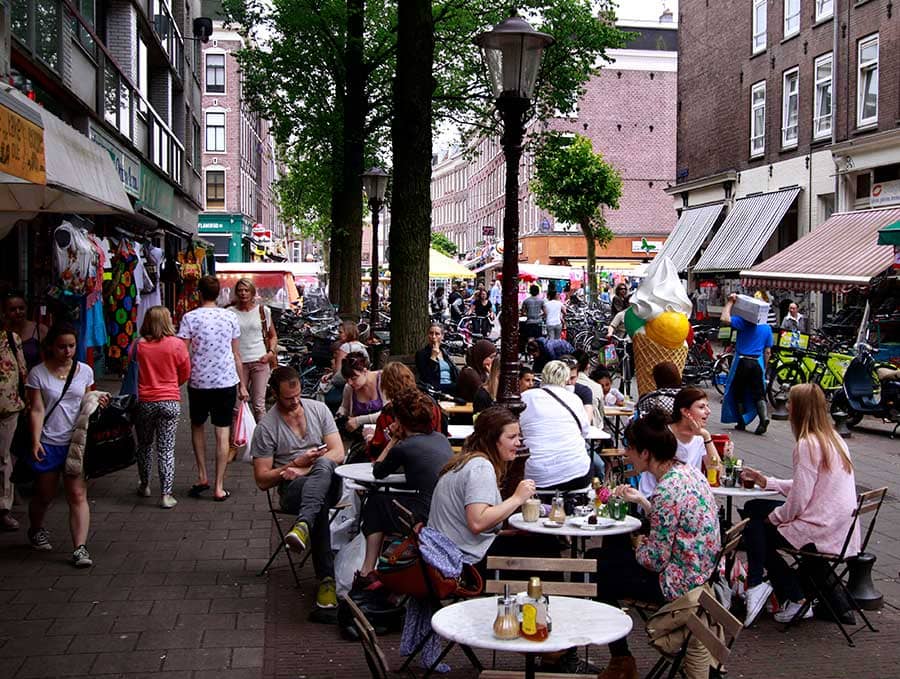 Food and drinks by bike in Amsterdam

Food and drinks by bike  If you are coming to Amsterdam you know what To expect. Canals, bridges, bikes and cheese but we have so much more to offer. Especially for those people that want to see other things than the centre, hear other stories and especially taste something else than what you already know […]